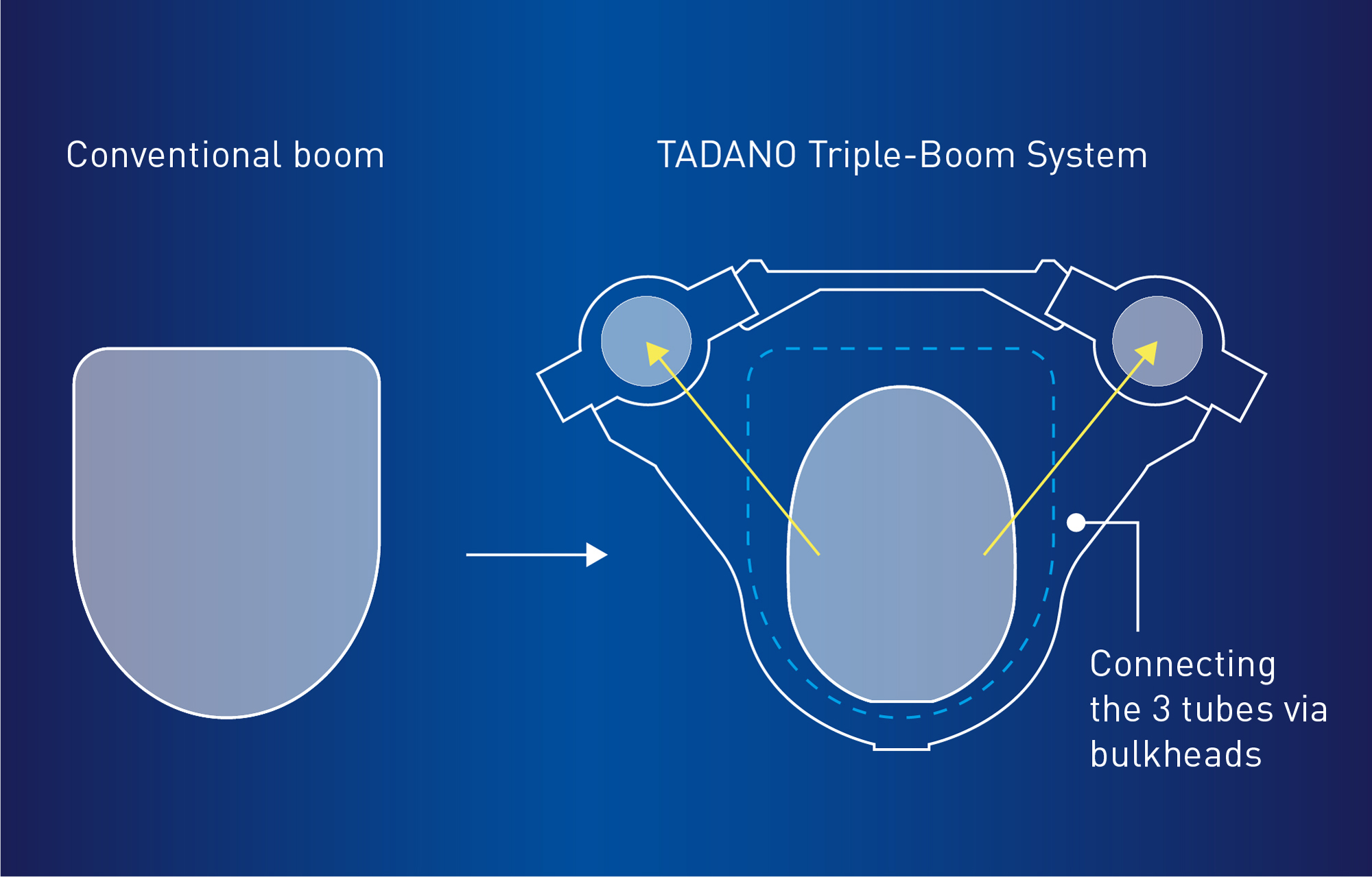 You expect more efficiency? Discard the boom suspension system!
The new ATF 600G-8 all-terrain crane is the result of intensive development work in which the prime focus was on the requirements and needs of crane owners. The new Triple-Boom System simplifies your logistics because you no longer have to transport a separate boom suspension system. Job times are reduced because you no longer have to set up a boom suspension system. In addition, a smaller tail swing radius means you can perform more jobs on narrow construction sites. These benefits will significantly increase the profitability of your investment.

Besides the Triple-boom system there are even more technical improvements and innovations that make your work more efficient.

You can watch a video of the introduction here:

Or start looking for Tadano Faun cranes for sale.